Now talking about this amazing realme 1, launched by oppo on may 15, 2018 assembled in India, which is a very good thing. 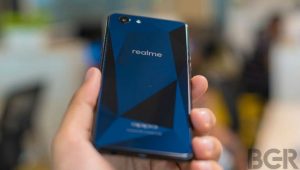 This phone comes with a great fiberglass triangular like pattern which looks really cool! After all it has a screen display of 6-inch HD+ SCREEN. Now talking about features the RealMe 1 has:- 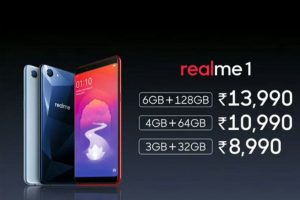 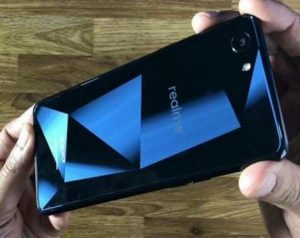 Now the reason why oppo has not given fingerprint sensor is because
The company has given face unlock which is more trusted and it is very fast, but at night you might have problem in unlocking the device with face unlock so, you have to manage with pin unlock at night. This realme 1 will be a mid-segement device that will compete directly with Xiaomi Redmi Note 5. 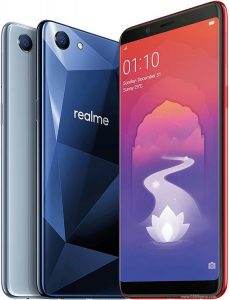 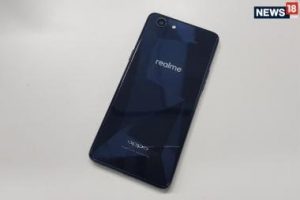 Oppo has done an awesome work by launching this realme 1 which is competing with Xiaomi and this phone works on android 8.1.0 by colorOS. And thats all we have with Oppo RealMe 1 which a good phone with less price and a great diamond-like fiber glass backside which makes this phone special.

The phone packs 128GB of internal storage that can be expanded up to 256GB via a microSD card. As far as the cameras are concerned, the Realme 1 packs a 13-megapixel primary camera on the rear and a 8-megapixel front shooter for selfies.
Realme 1 cameras

On the imaging front, the Realme 1 has a 13-megapixel rear camera with a single-LED flash, and an 8-megapixel front camera. The company claims that it can recognise 296 facial points, and that artificial intelligence features are baked in.
Both the rear and front camera are capable of capturing bokeh shots using software algorithms. The resultant images are nothing to write home about, with poor edge detection and details.

The 13-megapixel rear camera features AI-based scene recognition which allows it to optimise settings for different scenes and objects in real-time. It pulls in a decent amount of detail but images look slightly dull. The sensor has poor dynamic range and struggles with detail and auto-focus in low light. Video recording maxes out at 1080p for both the front and rear cameras. Videos are good enough for social media use but lack detail and are not stabilised.

Having said that, the variants with 3GB and 4GB of RAM, which are priced at Rs. 8,999 and Rs. 10,999 respectively, offer stunning value for money and are sure to give Xiaomi a few sleepless nights, though we haven’t had the chance to test them, so we wouldn’t give them a whole-hearted recommendation.

During use, the Realme 1’s price is most apparent in the build quality. This device feels pretty cheap and hollow due to the mostly plastic body. It’s incredibly light in the way that might lead to someone mistaking it for a toy phone at first. It also has a very by the numbers design on the front. As you’d probably expect, there’s no IP rating either. The phone doesn’t feel the most durable — I’d consider getting a case.
BATTERY

For battery we have 1 advantage and 1 disadvantage so the advantage is
1. Good battery life – easily gives over a day’s usage for an average user

1. No support for fast charging – the phones take a little over two hours to charge from zero to full