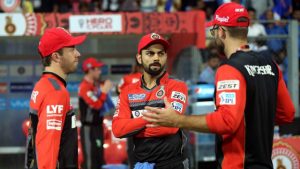 Kohli achieved this in the 9th over of the match when he crossed 31 runs.Kohli has made 4561+ runs in the 153 matches that he had played in the IPL with an average of 37.69 and a strike rate of 129.90 and became the top-run scorer in the IPL history with 4 centuries and 31 half centuries.His best score in the tournament is 113 runs. 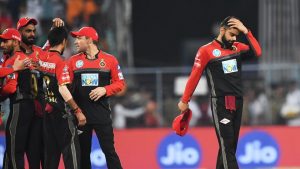 However,RCB lost the match.Royal Challengers Bangalore got a very good start when Umesh Yadav took 2 wickets  on first two balls of the match.But after that Evin Lewis (65 )and Rohit Sharma (94) took the match away from the hands of the Royal Challengers Bangalore.They did a partnership of 108 runs before Lewis was dismissed and  helped Mumbai Indians to cross 200-run mark and Virat Kohli’s team  could not achieve this target and lost their 4th match against Mumbai Indians by 45 runs. 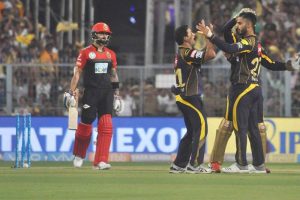