The first match of  Vivo IPL 2018,between Chennai Super Kings and Mumbai Indians was held in the  historical Wankhede Stadium in Mumbai where CSK won by one wicket.CSK chased down the target of 166 in  the twentieth over with one ball remaining.CSK scored 169-9 in 19.5 overs(Dwayne Bravo 68,Mayank Markande 3-23). 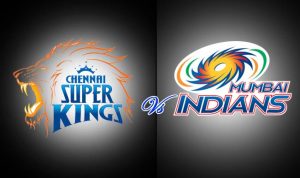 Rohit Sharma  tossed the coin and CSK won the toss and decided to bowl first.Mumbai Indians scored 165/4(Suryakumar Yadav 43,Krunal Pandya 41*,Ishan Kishan 40,Shane Watson 2-29) in their 20 overs.Three of their batsman scored 40+ runs but the most important inning was played by Krunal Pandya,41 not out  from just 22 balls.He opened his account with a cover drive,dominated the strike and took his team to a match winning total.He attacked on Mark Wood in the 17th and 19th overs and scored 17 runs in the 17th over and 16 runs in the 19th over.Suryakumar Yadav and Ishan Kishan supported the Mumbai Indians innings after the dismissal of  both the openers at the score of just 20 runs. 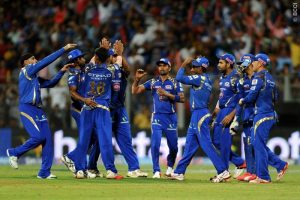 He hit three fours in a row against Dwayne Bravo and a six over midwicket in the Watson’s over before he was dismised by Watson in the 13th over  at the score of 43 from 29 balls.Ishan Kishan liked Imran Tahir’s bowling and he hit him for two fours and a six in the eleventh over.Tahir took his wicket at the score of 40 runs of 29 balls.
Deepak chahar bowled with excellence with the new ball and bowled three overs in the powerplay and gave only 14 runs and took up a wicket. Bravo used his variations and troubled the MI batsman and bowled superbly in the death overs.He gave only 7 runs in the 18th and the 20th over of the innings. Shane Watson was the wicket taking bowler in the match.He dismissed Suryakumar Yadav and Rohit Sharma in the early overs of the innings. 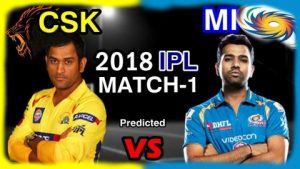 While chasing a  target of 166 runs’ CSK lost their wickets regularly and at a time they were 118-8 when everything was out of their control.Then Bravo took things into his hand.He came to bat in the 12th over when CSK were75-5.He did not got support from the other end but he struggled for the win of CSK.He hit Mitchell McClenaghan for two 4s and 6 and collected 17 runs in the follwing over. 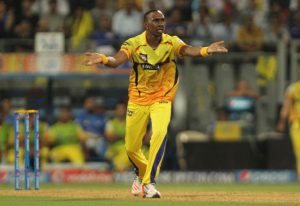 He brought the CSK back into the winning race.He was dismissed by Bumrah in the nieteenth over before he hit three 6s earlier in the over at the score of 68 from 30 deliveries which included 3 fours and 7 sixes.CSK needed 7 mores runs after his dismissal and the match once again turned into the favour of MI.Kedar Jadav (24 not out from 22 ball) who was retired hurt after a injury in his hamstring came to bat again after Bravo’s dismissal.After three dot balls, he hit a six over fine leg and CSK won the match with one ball remaining.
MI bowlers dominated the match but could not manage to win the match.Mayank Markande’s spell was the most impressive one with the bowling figures of 4-0-23-3.In his debut match,this leg spinner came to bowl in the 17th over and he dismissed a set batsman, Ambati Rayudu on the third delivery of the over.In his next over he took the wicket of MS Dhoni who was given LBW and on the last delivery of his spell, he dimissed Chahar with a googly which went through the huge gap between the the pad and the bat for a easy stumping by the wicketkeeper. 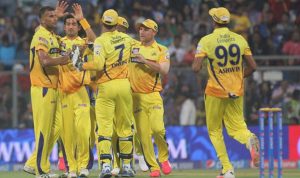 Hardik Pandya(3-24) also bowled well.He dismissed Watson in the fourth over and then got the wicket of Raina in the sixth over and Mark Wood in his final over.

MAN OF THE MATCH-Dwayne Bravo was the ‘man of the match’ for his all round performance.(68 runs from 30 balls and excellent bowling figures 4-0-25-0).